At 9.02pm last night, St Catherine’s Inshore Lifeboat was tasked by Jersey Coastguard to a 4-metre vessel that had broken down between Jersey and the French coast.

With relatively limited information regarding the casualty’s location, the crew made their way to north of the Ecrehous reef and searched in a south easterly direction.

Due the lack of information and dark conditions, the St Helier all weather lifeboat was tasked at 10:47pm to assist in the search, along with a French helicopter and SNSM Carteret. The helicopter managed to locate the small vessel with 2 people on board.

St Catherine’s inshore lifeboat had to cover almost 10 nautical miles to reach the casualty. However, once on scene they confirmed the occupants were safe and well, albeit cold. A tow was established which was then passed over to the St Helier ALB so they could be towed back to St Helier. The casualty vessel crew were taken aboard the tamar-class ALB so they could warm up and be more comfortable with tea and hot chocolate!

RNLI Jersey would like to take this opportunity to remind all boat owners to conduct a pre-season checklist before heading to sea which is available on the Jersey Coastguard website - https://cdn.ports.je/web/Jsy-Coastguard-CHECKLIST1.pdf
Both boats were back on station by 1am and made ready for their next service. 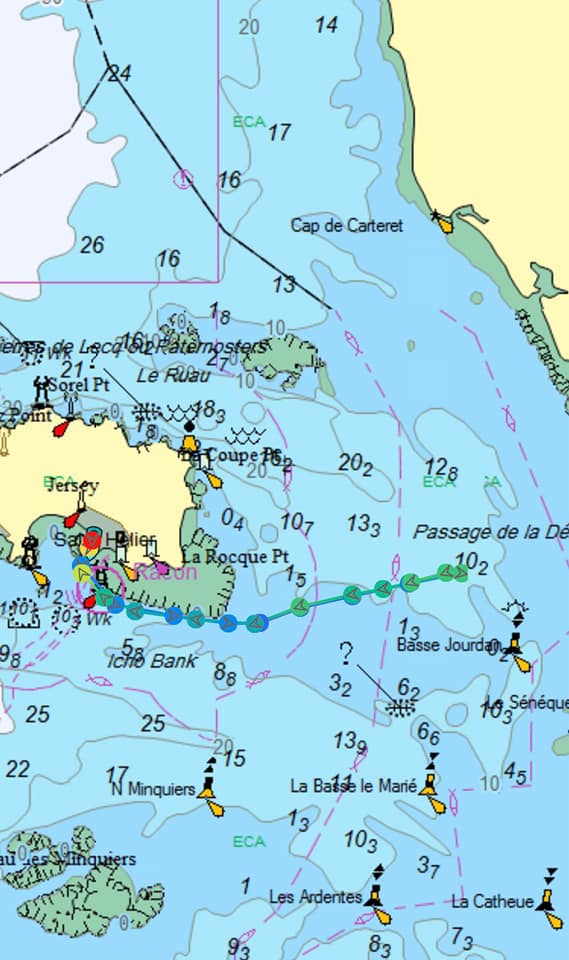