The first incident was on Monday evening with the St Helier all-weather lifeboat requested to launch to assess and assist a 24-foot motor vessel with 3 people on board. The casualty was located approximately 7 nautical miles to the west of the Island and suffering with engine issues.

The second incident was on Tuesday evening with Jersey Coastguard tasking the St Helier all-weather lifeboat to assess and assist a 46 ft motor vessel with engine trouble near the Demie De Pas lighthouse.

The casualty vessel had 6 people on board and was initially believed to have been drifting. However, it transpired that the casualty had actually begun to be towed by a local vessel, which was a small but mighty 18 feet long!

As the lifeboat crew arrived on scene, the Coxswain made the decision to take over the tow from the small vessel as it was safer for the 55-foot Tamar-class lifeboat to continue the tow.

The crew secured the casualty alongside a pontoon in La Collette and then returned to the station where the crew prepared the lifeboat for her next service. 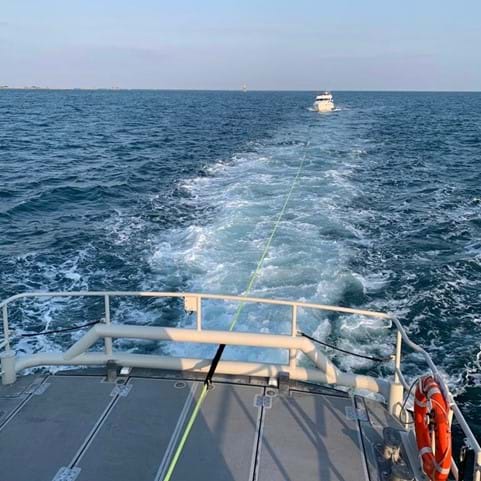