RNLI Jersey lifeboats were paged in the early hour’s of Sunday morning to attend to a French yacht taking on water at the Ecrehous.

Both the St Catherine’s inshore lifeboat and the St Helier all-weather lifeboat were paged shortly before 2am on Sunday.

The St Catherine’s inshore lifeboat was first on scene and was joined shortly after by a French naval helicopter which stood by with a larger salvage pump on board. The RNLI Jersey lifeboat crew assessed the stricken yacht, whose crew had awoken in the night to find their cabin knee-deep in water. It is believed that as the boat grounded on the low tide, pressure on the hull or keel caused the water ingress, but that as she had floated the hull had resealed.

Once the lifeboat’s salvage pump had been put aboard and the water level had started to drop, the helicopter was able to be stood down. By that time, the RNLI Jersey St Helier all-weather lifeboat was also on scene with their salvage pump as back-up. In addition, the Carteret SNSM lifeboat was also en route.

With the water level inside the yacht falling, and the ingress now under control, the St Catherine’s inshore lifeboat was able to guide the casualty vessel out of the reef and hand her over to the Carteret lifeboat for the return to Carteret.

After over 4 hours at sea, both RNLI Jersey lifeboats then returned to their respective stations for washing down and refuelling ahead of their next services. 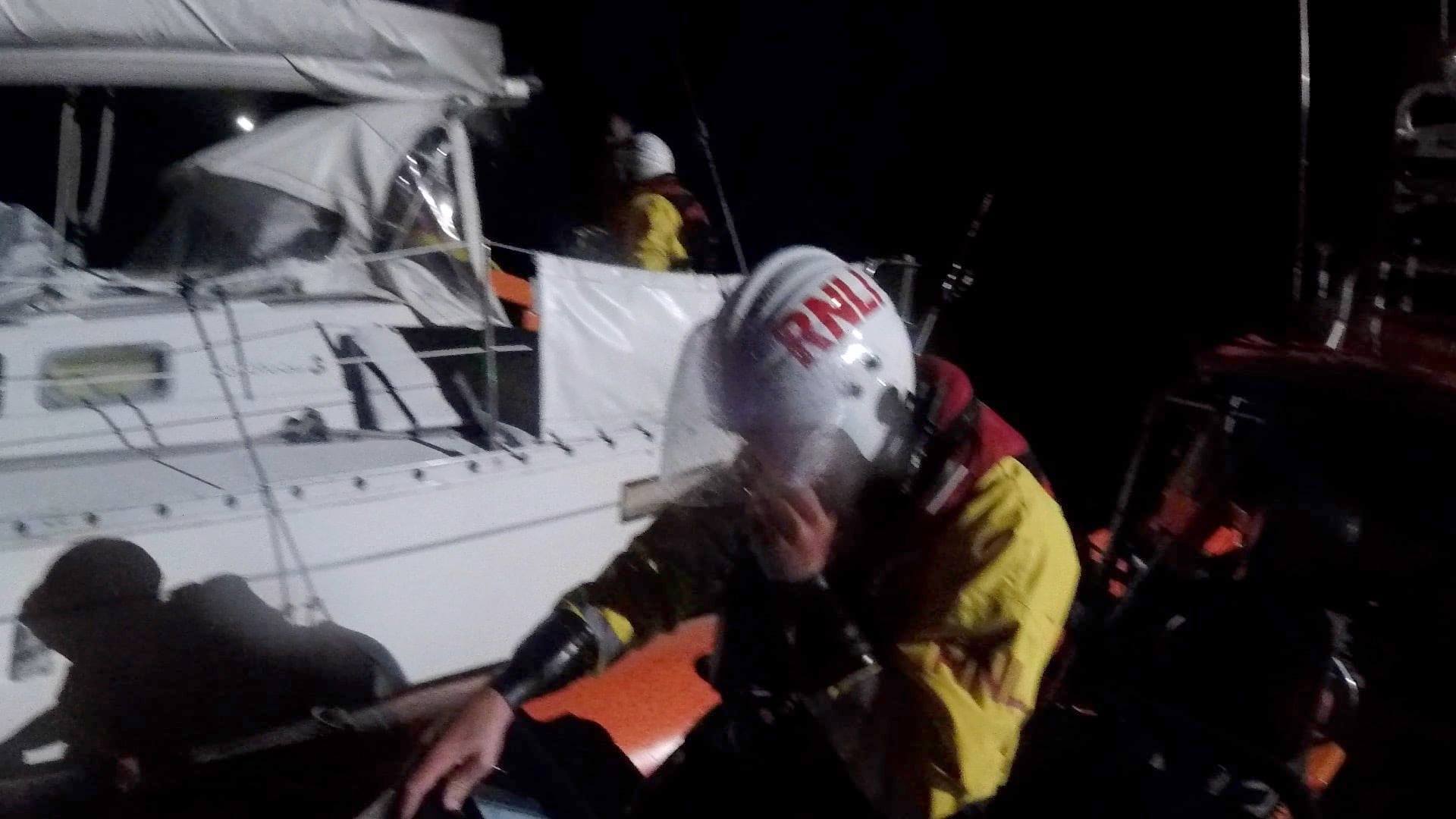 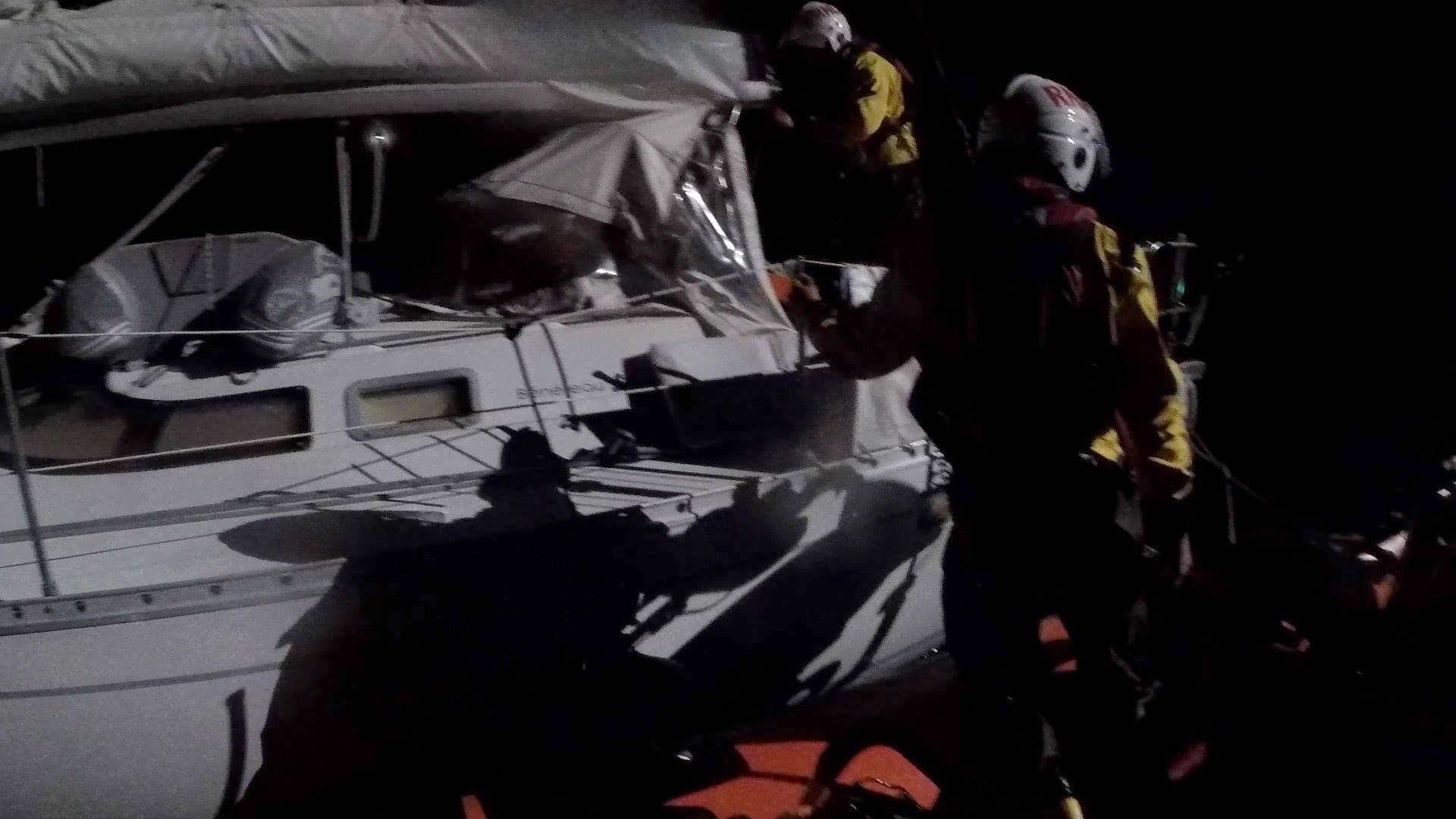