Motor cruiser collision at the Ecrehous

Both RNLI Jersey Lifeboat stations were involved in the recovery of a motor cruiser and her crew following a collision with rocks at the Ecrehous yesterday.

Shortly after 11am, the St Catherine's inshore lifeboat was tasked with an initial assessment following reports of a grounded motor boat at the Ecrehous reef. Whilst the boat was in a precarious position, it was not in immediate danger as it was clear of the water on a falling spring tide.

The casualty boat's crew had already been transferred to the main island by Seafaris who were on scene as part of a scheduled tour of the reef. The crew were reporting minor injuries from the impact and the St Catherine's crew performed casualty assessments. Liaising with Jersey Coastguard, it was decided to transfer them back to Jersey using the RNLI Jersey all-weather lifeboat which was then launched from St Helier. The casualty boat crew were then transferred to the all-weather lifeboat using the Seafaris RIB, which has a ladder to make shore-to-boat transfers easier.

The St Catherine's crew returned to station but were later also tasked to stand by during the salvage operation when the stricken motorboat refloated on the rising tide. The inshore lifeboat then accompanied the casualty vessel back to Gorey where she was hoisted out of the water for a full assessment and repairs.

The St Catherine's crew then recovered and prepared the lifeboat for her next service, which was the conclusion of almost 12 hours of service.

Many thanks to Jersey Coastguard for co-ordinating the rescue and Jersey Seafaris for their assistance on the day. 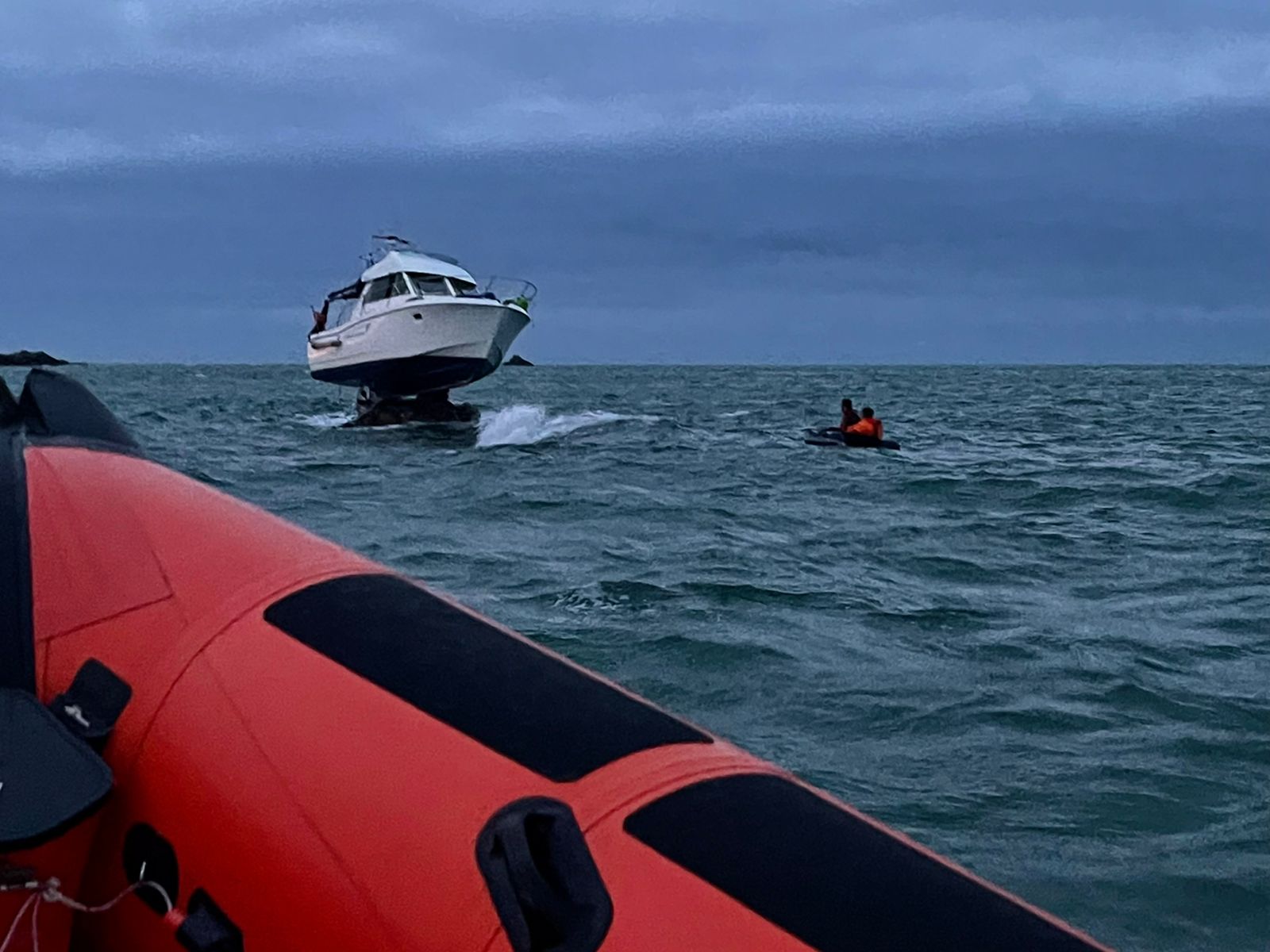